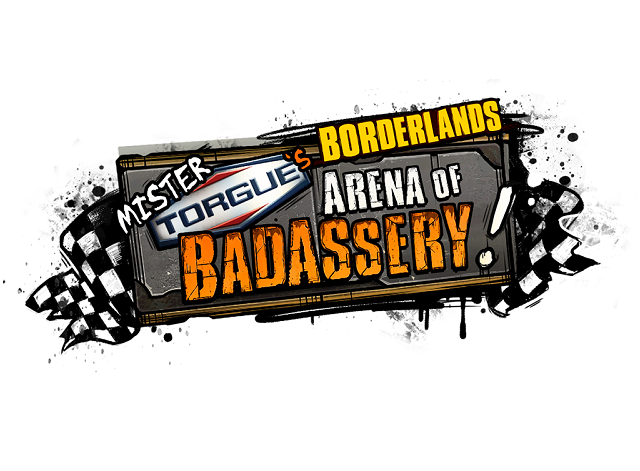 Why doesn’t the Arena Casualty pledge come with Stretch Goals?

The Arena Casualty pledge is close to what you’ll eventually see in Retail Stores. The Badass pledge is effectively the “Kickstarter Edition” of the game, with all the extra content you’d expect for supporting a Kickstarter campaign (Which we really, really appreciate!).

We didn’t want to start the bidding at $135, so to speak, without giving players a lower starting point. We want as many people as possible playing the game! But including all the Stretch Goals we have planned isn’t possible with the “basic” Core Game pledge.

*Note that Kickstarter backers will receive Mad Moxxi with their Arena Casualty pledge.

Are you going to make the game in other Languages?

We’d love to make the game in all the languages people play games in! Ultimately, it depends on what our international partners are interested in collaborating on. It’s a LOT of work to localize a game for another language - especially a game like this that has a lot of cards and components. We’re currently talking to partners around the world about the possibilities (many of whom wanted to see how successful the Kickstarter would be, understandably, given how much work is involved). This campaign is for the English version of the game.

This game uses the same [RE]action system as Cyberpunk Red: Combat Zone - can you combine the games?

Both games use the fundamentals of the [RE]action system, but there are some important differences. They’re not designed to be cross-playable, but if you’re familiar with Cyberpunk Red: Combat Zone, Borderlands will be very easy to pick up and play.

What’s the scale of the miniatures?

The scale is the same as the Monster Fight Club Cyberpunk Red minis, if you’re familiar with them (there’s lots of photos of those around too). We call it “Heroic 30mm” and it’s in line with many popular miniature ranges. We’ll get some side-by-sides posted in upcoming updates.

The board tiles seem kinda plain - are those the final pieces?

The tile art is still very much in development. The final tiles will have lots of variety in scenery, features, and details.

How do I know if I pledged within the first 48 hours / before Dec 13th?

If your backer number is 1 - 6700, and you pledged Arena Casualty or higher, the Ravenous Wattle Gobbler Add-On will automatically be added to your pledge in the Backerkit pledge manager. Backers who upgrade in the pledge manager will also receive the add-on. If you downgrade your pledge below Arena Casualty, you will not receive the add-on. If your backer number is 1 - 8925 your will receive Steve the Psycho for free.

These free rewards will be added automatically in the Backerkit pledge manager, you don’t have to add them to your pledge unless you want extra.

Will the game be available in Retail Stores?

Yes! We plan to have the core game and separate expansions sold through retail stores.

I backed early and earned a free reward, will I lose that if I upgrade my pledge?

What are the miniatures made out of?

The miniatures in this campaign are manufactured in a high temperature PVC. This process is designed to improve detail, retain rigidness of material, and have a nice matte finish to help take paint as a hobby product if desired. This also allows miniatures to be cast in consistent and vibrant colors.

What are the contents of the Ultimate Vault Hunter pledge, the list I see on the campaign page doesn't match the pledge description?

Due to feedback from our backers, the contents of the Ultimate Vault Hunter pledge have changed. However, once a pledge is active on Kickstarter it cannot be edited (so we can’t make that change and correct another omission), so there is some confusion among newer backers about the pledge’s contents.

And your choice of either:

It DOES NOT include:

How does the Kickstarter Exclusive Moxxi work?

This Kickstarter Exclusive Pose, is only available via this Kickstarter, and FREE to anyone pledged at the Arena Casualty, True Badass, or Ultimate Vault Hunter level before the close of the campaign.

BackerKit is a service that crowdfunded project creators use to keep track of hundreds to tens of thousands of backers—from shipping details, pledge levels, preferences and quantities, whether they have paid or had their card declined, special notes, and everything in between!

The BackerKit software and support team is independent from the campaign’s project team—BackerKit does not handle the actual reward shipping. For more information about the preparation or delivery status of your rewards, please check the project's updates page.

How does BackerKit work?

After the campaign ends, the project creator will send you an email with a unique link to your survey. You can check out a walkthrough of the process here.

I never received my invitation. How do I complete the survey?

The most common reasons for not receiving a survey email is that you may be checking an email inbox different from the email address you used to sign up with Kickstarter, Indiegogo or Tilt Pro account, or it may be caught in your spam filter.

Confirm that the email address you are searching matches the email address tied to your Kickstarter, Indiegogo, or Tilt Pro account. If that doesn’t work, then try checking your spam, junk or promotions folders. You can also search for "backerkit” in your inbox.

To resend the survey to yourself, visit the project page and input the email address associated with your Kickstarter, Indiegogo or Tilt Pro account.

How do I update my shipping address?

When will my order be shipped, charged or locked?

That is handled directly by the project creator. BackerKit functions independently of the project itself, so we do not have control of their physical shipping timeline. If you want to check on the project’s status, we recommend reading over the project's updates page.

I completed the survey, but haven't received my rewards yet. When will they arrive?

As BackerKit does not actually handle any rewards or shipping, the best way to stay updated on the shipping timeline would be to check out the project's updates page.